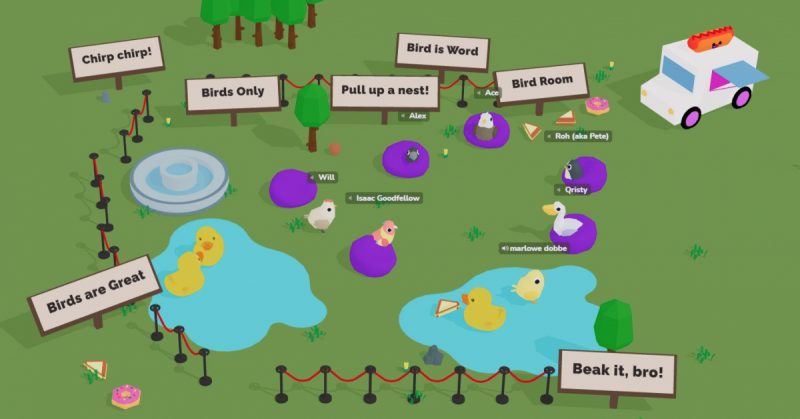 As you may remember, I’ve spent the last few months working on Skittish, a playful space for virtual events and gatherings of all kinds — requiring only a browser and microphone, using spatial 3D audio to talk to others around you. Skittish was built in a 3D engine with a powerful but simple editor, making it easy to customize the world.

It took some time, but I’m happy to say Skittish is now open to everyone, along with a new homepage and public demo showing how it works. Anyone and everyone can now create their own world, start editing, and invite others to join you. Go try it out!

Huge thanks to all the beta testers, event organizers, and creators who used Skittish over the last few months, but special thanks to the XOXO community for their continued support and enthusiasm.

And extra extra special thanks to Simon Hales, lead engineer for the project, for everything he’s done to make using Skittish (and working on it) so joyful.

Pardon the extremely-specific post, but I’ve found myself at the center of a bizarre case of mistaken identity and writing publicly about it seemed like the best option to stop it.

Someone with the email address ‘[email protected]’ is emailing small independent online product manufacturers with an identical scam: they’re a huge fan of their products, but cut themselves on the packaging while opening it, and want a refund and damages. Screenshots of two examples are below, minus the photo of a gross bloody finger.

These companies are then contacting me via Twitter, Instagram, and email because they think that I’m the one that sent it. What gave them that impression? Well, take a look for yourself at the Google results when searching for that email address.

Despite the keyword “virodome17” not appearing anywhere on those pages, Google not only returns my 2016 tweets about Gmail’s “mic drop” April Fool’s joke, but also my LinkedIn page.

Combine this with the fact that the scammer signs his name “Andy,” and you can see where anyone would get the wrong idea that I was the sender. Is the scammer even impersonating me? It’s hard to say — “Andy” is a common name, and they’re not using my last name or any other aspect of my identity. They also don’t have control over what pages the Google algorithm returns, so it’s plausible this is just a bizarre coincidence.

Regardless, Google is ultimately responsible in two ways:

My hope is that Google indexes this blog post and it starts showing prominently for anyone searching for the scammer’s “[email protected]” address. But if you work on Gmail or Google Search, it’d be amazing if you could do something about it.

If you’re a company that received this scam and found this page, please post a comment about your experience. I’d love to see more screenshots, and I’ll post an update here if anything changes.

As a fun linguistics side note, I was curious about how both emails end with “do the needful,” a turn-of-phrase I’ve never heard before. Digging into it, this expression is apparently popular in India but rarely used outside of it, meaning “do the right thing.” The Guardian calls it “the granddaddy of all Indianisms,” so I think I have a pretty good hunch where this scammer’s from.

Update: Another company reached out to me on Twitter with the same experience, and I’ve confirmed privately they were using the same template scam. Multiple Google employees also contacted me privately to say they’ve escalated this search ranking issue, so I hope this will be resolved soon.

In the comments, yet another company the scammer contacted noted that the Gmail account is now bouncing, indicating Google’s taken action against it.

And, as predicted, the #1 Google result for [email protected] searches is now this post.

I doubt this will put an end to the scam, but it’ll hopefully end my role in it.

You ever have an idea that you can’t get out of your head, so you have to do it? Happens to me all the time.

So I recut the new Dune trailer with a new soundtrack. Apologies to everyone involved. 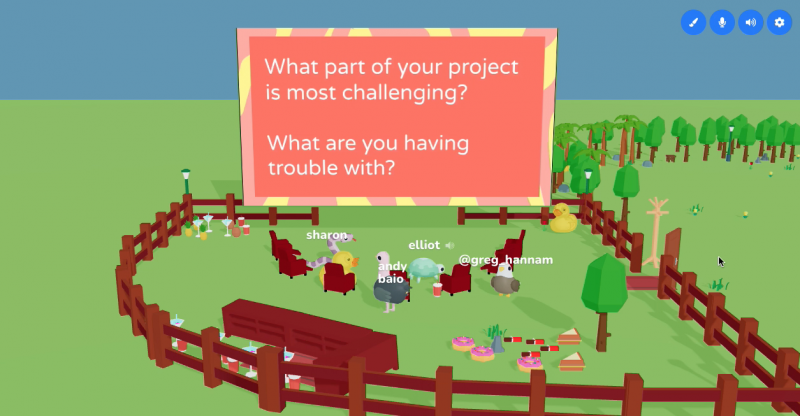 Last month, we reached a big milestone for Skittish, the playful virtual space for online events I’ve been working on over the last few months: we hosted our first big public events, including the delightful !!Con, New Relic’s FutureStack conference, the Flatpack Festival, and Future of the Browser, among others.

This was a bit of a marathon, allowing us to see how Skittish worked in the real world in a variety of different events, from film screenings and unconferences to livestreamed talks and dance parties. Throughout it all, we continually tweaked and tuned it every day, making changes and fixing issues as they came up.

The result was a huge wave of new features and development in May, which I wrote about over at the Skittish blog, along with a new feature article from TechCrunch and my FutureStack talk about it all. Go check it out! 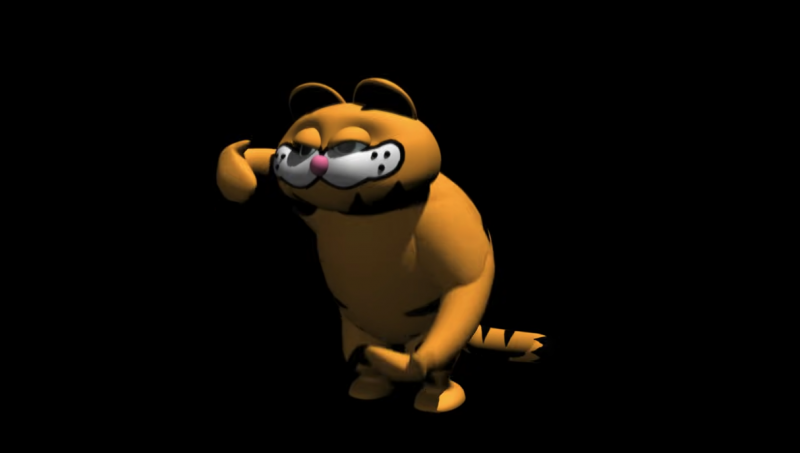 13 years ago, I wrote about a 16-second video I instantly fell in love with and interviewed its creator. (It still holds up.)

This week, I saw a meme pop up on TikTok where literally tens of thousands of people re-enacted the Colin’s Bear Animation dance — but with no reference to the original and entirely different audio.

Instead of Mother 3’s “Funky Monkey Dance,” the soundtrack is a deep-fried muddy version of Pharrell Williams’ “Happy,” which seems like it was first uploaded to TikTok by @zunknownhamster, kicking off the meme with this video viewed 1.5 million times.

Stripped of its original “college animation class” context, the new meme format cracks a joke about the name of some movie, show, game, or other media property, followed by “idk i never watched it” or some variation.

You get the idea.

But how did it end up on TikTok? I messaged @zunknownhamster to see where they first found it, but it’s clearly sourced from Kemdizzzle’s Garfield Dancing to Happy, uploaded to YouTube in June 2019.

That video replaced the audio from this February 2017 episode of Fatal Farm’s Lasagna Cat, a surreal webseries that ran from 2008 to 2017, and featured this pitch-perfect tribute to Colin’s Bear Animation.

Arriving 13 years after the original meme, it wouldn’t surprise me if most of the people doing the Colin’s Bear Animation dance on TikTok had never seen it before. Around 25% of TikTok’s user base wasn’t active online, or even alive, in 2008.

By definition, memes mutate and find new life and meaning over time. I’m just happy to see it keep evolving.

⇠ Older Posts
December 3, 2021
WeirdSpot — generate Spotify playlists that spell out sentences using song titles (via) #
Simulating large-scale plant ecosystems over time — more in the source paper and video #
Emoji to Scale — just missing the microbe and galaxy on either end of the spectrum #
December 2, 2021
Max Read on web3 — very good roundup of thoughts and threads from enthusiasts, detractors, and the rare voice in between #
Blockify Yourself — turn yourself into a Block exec or board member #
December 1, 2021
Townscaper demo — a free web demo of Oskar Stålberg's lovely townbuilder (via) #
November 30, 2021
Amazon Brand Detector — an offshoot of The Markup's investigation into how Amazon favors their own house brands and exclusive products (via) #
Team builds the first living robots that can reproduce — “Xenobots” can gather cells inside their Pac-Man-shaped "mouth," assembling robot babies capable of self-replication when they grow up #
Beifall — clap your hands in this weird little web toy from the creators of KIDS and PLUG & PLAY (via) #
November 29, 2021
Casey Newton on Jack Dorsey stepping down as Twitter CEO — and what to expect from his successor, crypto-enthusiast CTO Parag Agrawal #
Aliendscapes — Frank Force's alien landscape generator in 2k of JS, click for a new one #
November 26, 2021
That Funny Feeling — Bo Burnham's dystopian ditty is finally on YouTube #
NYT interviews Jack Ferver, the little lad who loves berries and cream — a Starburst ad that went viral online in 2007 blew up again 14 years later, thanks to Justin McElroy and TikTok #
Disney’s FastPass: A Complicated History — Defunctland hired an industrial engineer to build a theme park simulation for this feature-length documentary #
DOONT, A Bad Lip Reading of Dune — don't miss the full version of Heaven Drips #
November 24, 2021
Ed Yong talks to health-care workers with long COVID — dismissed by their peers, some medical professionals are re-evaluating how they've treated their own patients #
November 22, 2021
AI breaks NES Tetris — love the glitches introduced as it blows past the kill screen (via) #
AI Weirdness plays with Pixray Swirl — CLIP generates surreal pixel art animations #
How Facebook and Google fund global misinformation — investigation into how millions of ad dollars bankroll clickbait actors, funding disinformation campaigns internationally (via) #
Trackers: The Sound of 16-Bit — Stuart Brown goes deep into chiptune for a new episode of Ahoy (via) #
More Links ⇢