Just received word that Game Neverending is back online! This game was extremely innovative, but played by very few people during its limited beta test. One of the very first web-based MMOs, Game Neverending was eventually shut down as the Ludicorp team focused their efforts on Flickr.

Last year, Cal Henderson showed me an internal server running the original GNE code, but it wasn’t accessible outside the company intranet. Over the last year, Cal and Myles have ported the old ASP codebase to PHP, and it’s now live for anyone to play for the first time. (You’ll need to be signed in to Flickr for the link to work.)

Here’s the April Fools-themed message that announced it publicly, a parody of Jerry Yang’s internal emails. More than an April 1 prank, I’ve been told that it’ll be around longer than today only but completely unsupported. Hooray!

Update: After much speculation, I’m happy to announce GNE is still alive on April 2. I spent all yesterday playing, got up to Level 7, built a lovely house in Fierov Heights, and had enough making points to build the final item of the game, a Game Neverending. Unfortunately, I was about $8 million short to buy the ingredients. (Stewart, Caterina, Ben, and five other Ludicorp employees must be purchased in the back room of a mash pub for $1M each.)

Everybody pooled their resources to buy the ingredients, and at about 8pm, a Game Neverending was created. We passed it around so everyone could hold it, and then handed it back to its creator so she could win the game. Screenshots here.

Update: GOD announced it’s shutting down in an hour (about 11am PST). As yeoz said, “GNE is a shared temporary hallucination.” 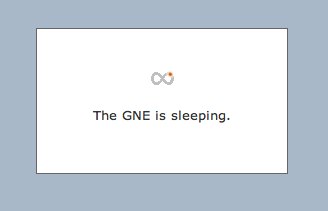 Aaand, it’s gone. I managed to send it off by winning the game in the last four minutes. I captured video of building the GNE and using it to win the game. Striatic also captured the last few minutes of the game.

If it’s still there tomorrow, this is wonderful news indeed. I’ll sleep better knowing that the irony of Game Neverending ending has been undone — when though it was always claimed to be a “throwaway prototype”.

Me, a few seconds ago:

There went an hour!

Ah, good to see it again! It was so ahead of its time. Now that web-based MMOs are taking off it would be great if it stuck around.

i was so excited until it told me i couldn’t play because i needed internet explorer 5.5 or greater. the only thing i have fallen for today. i think i’m gonna cry.

I always wondered what the .gne file extension on Flickr pages was for.

it doesn’t let me click through. i get that message and then it just gets stuck. though, you just made me very happy and i’ll try to get in later.

What a wonderful day that was. I so needed that happy diversion and a return to the wonderousness that was GNE… and I hope someday could be again.

I’d love to see your videos, especially of your GNE-making at the end.

Be well, love you all!

That was a fantastic day and my favorite April first surprise ever. I wish it were more than a chimera and would have stuck around, but getting work done is important. This go around I finally bought a house, it was nice to have a “do over” as there were things I wish I had been able to do the first time it was around. Thanks to the Ludicorp folks for letting us relive this wonderful moment in recent history.

wow, this must be like going back to your little town that you thought was forever submerged beneath the Quabbin…. and back under the depths it goes.

Now I want to cry. I still kinda hoped it would stay up… why couldn’t the flickr people let us be happy? I didn’t even have time to enjoy my house. 🙁

And I (IHeartMalta) managed to interrupt the capture of you making the GNE with my acquaintance request. My apologies.

Man, that was beautiful. I kinda wrote up a thing here, for what it’s worth.

I was there when it was online before. Only now I heared about that relaunc last year, and I am sad I missed it.

fuckall. i missed it.