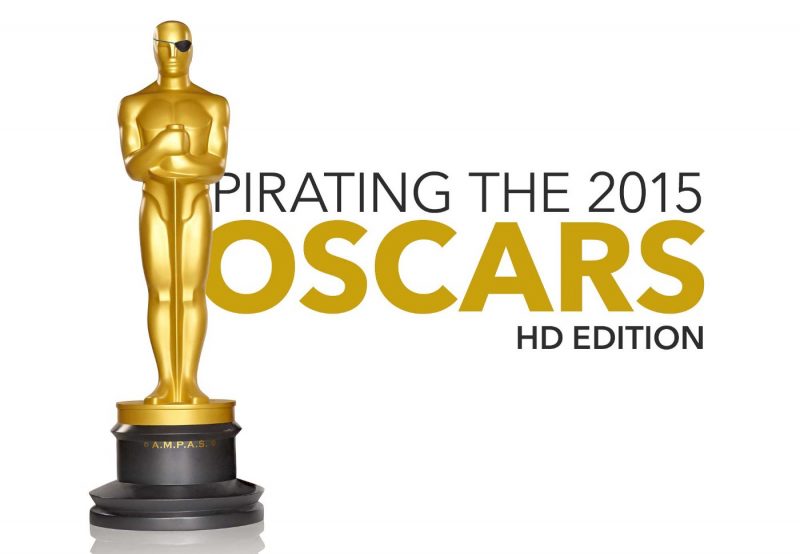 In January 2004, the Los Angeles Times published an article headlined “Screener Ends Up on the Internet,” a story about the recent leak of the Something’s Gotta Give screener copy intended for Oscar voters.

This headline struck me as laughably clueless — like reading “Local Man Views Pornography On Internet” — but the MPAA statements inside were even more surreal, claiming it “marked the first time a so-called screener sent to an Oscar voter had been made available for illegal copying.”

Anyone who’d spent ten minutes on Usenet in the early 2000s knew this was nonsense. Oscar screeners leaked regularly and reliably, often with watermarks intact, typically around December and early January when they were mailed to Academy voters.

So I did a little digging and found that all but one of that year’s 22 nominated films were already online.

A decade later, it’s become an annual ritual for me.

On the morning the Oscar nominees are announced, I roll out of bed, load up some tabs, and start doing research into every nominated film.

The result is this Google Spreadsheet encompassing all 413 Oscar-nominated feature films for the last 13 years.

Along with the official U.S. and Oscar screener release dates, I include the leak dates for each major way that films typically find their way online:

And then I use a little spreadsheet magic to calculate tables with a bunch of stats tracking how many films leaked online and how quickly.

Yes, this is my idea of a good time. I’m great at parties.

DVD In An HD World

In April 2004, the MPAA was already crowing about a decline in screener piracy, citing their watermarking technology and FBI assistance to increase accountability.

This was the start of a decade-long battle against screener piracy, but a funny thing happened in the last couple years:

Screeners weren’t declining then, but they’re declining now. But not because of increased accountability, watermarks, or new DRM technology.

Think of it this way:

If you’re in a scene release group—one of the underground bands of misfits with names like SiMPLE, EVO, or TiTAN you see tagged in every torrent — you’re competing with dozens of others trying to release films online as quickly as possible, at the highest possible quality.

If you’re the first to release a highly-prized film in a high-quality release, you win bragging rights over every other group.

A release that’s lower quality than one already leaked by someone else? Completely worthless. A cam isn’t great, but a telesync is better. A telecine is marginally better than a telesync, but a watermarked screener? Much, much better.

But here’s the thing: screeners are stuck in the last decade. While we’re all streaming HD movies from iTunes or Netflix, the movie studios almost universally send screeners by mail on DVDs, which is forever stuck in low-resolution standard-definition quality. A small handful are sent in higher-definition Blu-ray.

This year, one Academy member received 68 screeners — 59 on DVD and only nine on Blu-ray. Only 13% of screeners were sent to voters in HD quality.

As a result, virtually any HD source is more prestigious than a DVD screener. And with the shift to online distribution, there’s an increasing supply of possible HD sources to draw from before screeners are ever sent to voters.

On December 27, Foxcatcher leaked online in HD quality by the release group EVO with hardcoded Arabic subtitles, a pretty strong indication it wasn’t sourced from a screener.

EVO released a new version without subtitles on January 6, captured from a 1080p source and released as a WEB-DL.

Even if someone did manage to get a copy of the Foxcatcher DVD screener right now, it’s unlikely it would ever be released. It’s garbage compared to either of these two releases — standard-definition and likely littered with watermarks or other dumb security precautions.

Now, in 2015, Oscar-nominated films leak online as quickly and consistently as ever.

Of this year’s 36 nominated films, 34 already leaked online in some form — everything except Song of the Sea and Glen Campbell: I’ll Be Me.

With the caveat that there’s a month left before the Oscar ceremony, the chart below shows the percentage of screeners that have leaked online by Oscar night since 2003.

What the MPAA Thinks Is Leaking

Seems to be trending downward, right? The Academy must finally be winning the war against piracy! Huzzah!

Here’s the percentage of films that have leaked in any high-quality format — whether ripped from the web, pay-per-view, retail or screeners — before Oscar night.

Already, with a month to go before the ceremony, 92% of this year’s nominated films have already leaked in DVD or higher quality, more than last year. (Inevitably, this number will rise in the days leading up to the ceremony.)

The big change: A staggering 44% of this year’s crop of nominees leaked as a high-quality rip from some source outside of traditional screeners or retail releases — the highest percentage since I started tracking films in 2003.

The insatiable appetite for HD video led pirate groups to find new pipelines for sharing films before they even reach voters’ mailboxes, and in much better quality. These new sources for HD leaks, lurking anywhere from mastering studios to the mailroom, may be much harder for the MPAA to find than leaks from their own members.

Pirates are now watching films at higher quality than the industry insiders voting on them.

The industry’s reliance on DVDs for review copies, combined with their insistence on watermarks and other irritating security measures, made them undesirable in an HD world.

But the studios may not have a choice. Academy voters are an older crowd — the average age is 63 — who may not own Blu-ray players or be comfortable watching screeners online. If studios want their films viewed, they’re stuck stuffing DVDs in envelopes.

Eventually, the industry will need to adapt to digital distribution as DVDs die along with the oldest generation of voters.

Until then, Academy voters hoping to review HD films at home will have to do like the pirates do — grab some popcorn, turn down the lights, and fire up BitTorrent.

For my spreadsheet, I include the full-length feature films in every Oscar category except documentary and foreign films — even music, makeup, and costume design.

I use IMDB for the release dates, always using the first available U.S. date, even if it was a limited release.

All the leak dates are taken from VCD Quality, supplemented by dates in ORLYDB. I always use the first leak date, excluding unviewable or incomplete nuked releases.

The official screener release dates are from Academy member Ken Rudolph, who kindly lists the dates he receives each screener on his personal homepage.

Questions, corrections, or additions? You can find me on Twitter.

(Note: I originally posted this article to The Message on Medium.)