In February 1949, the U.S. Army published Personal Conduct for the Soldier, a pamphlet of etiquette and good behavior for its soldiers, a “code of personal good conduct” for daily life.

Nearly every page includes a cartoon illustration, covering subjects like loyalty, respect, self-control, and respect for women and minorities.

Someone please give a copy to the President-Elect. 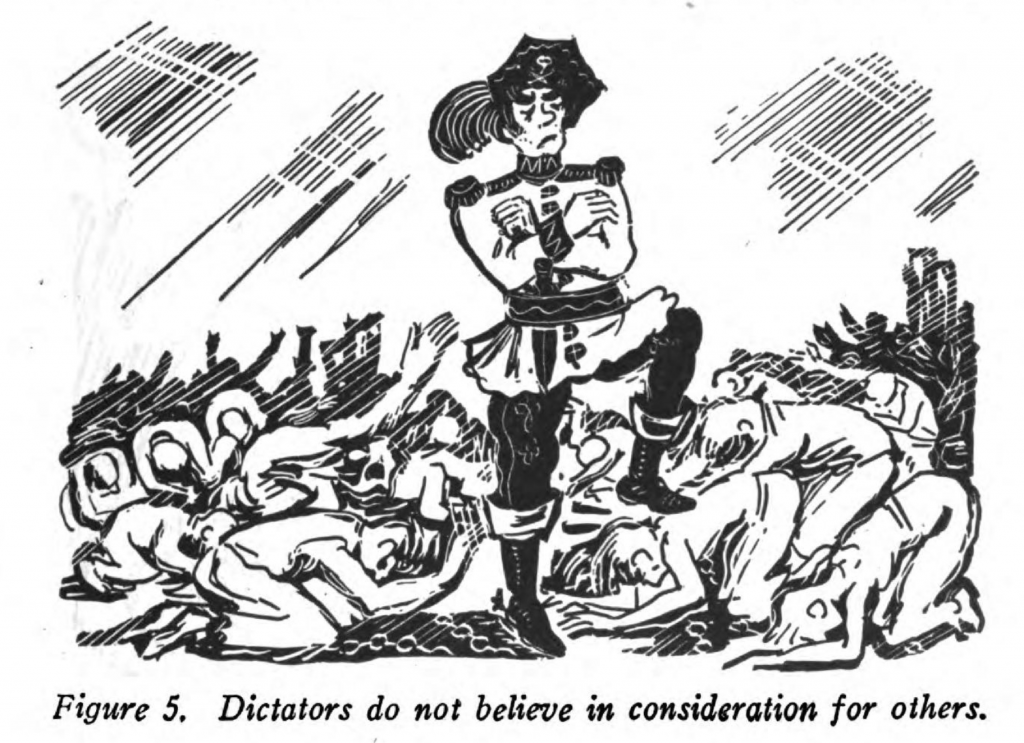 “In the past, some wars have been started by ill-mannered tyrants who believe their countries and their people superior to all other countries and all other people. They didn’t believe in consideration for others. It was much too late when they learned that lack of respect for others doesn’t pay.” 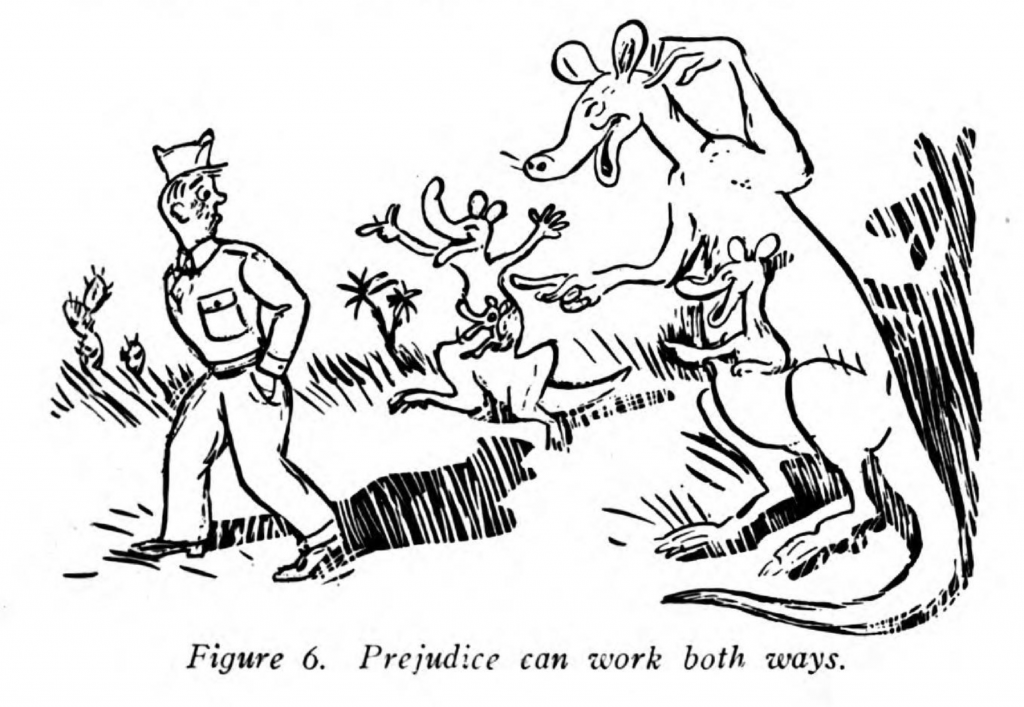 “Americans, however, who live among people from all parts of the world, have no excuse for being ignorant, intolerant, or prejudiced against any class of people. Each has a right to choose his friends and is entitled to civil respect from all others.” 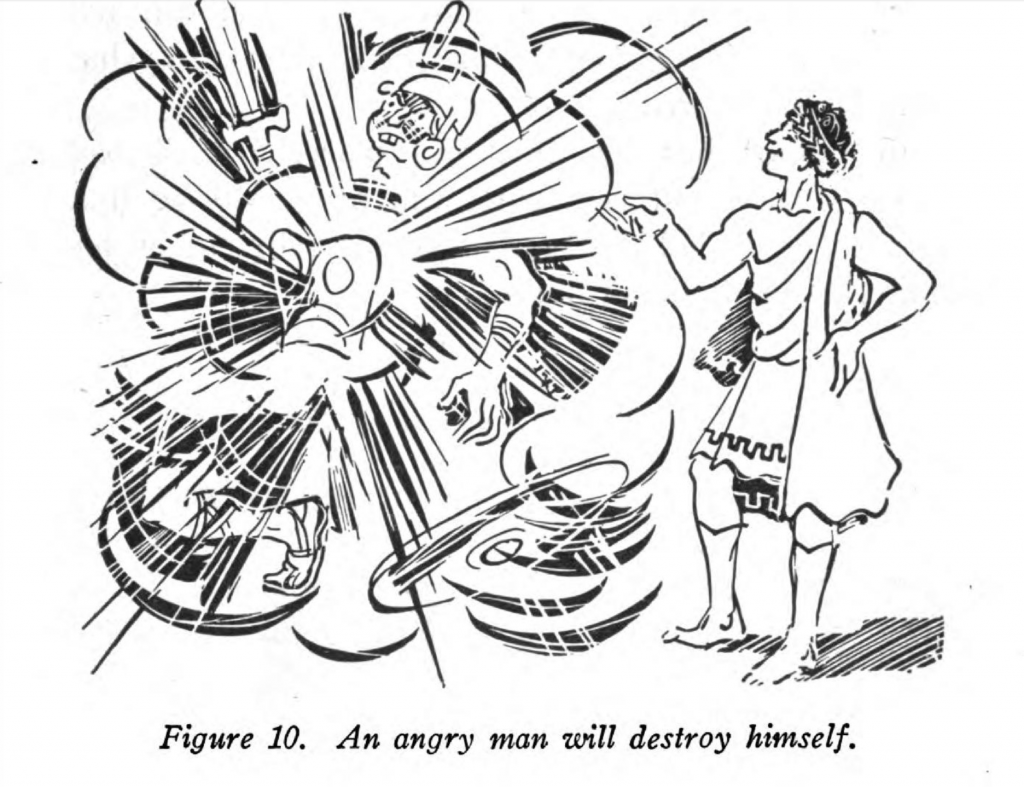 “When you lose your temper, you do and say things you regret—that you may regret till the end of your days.” 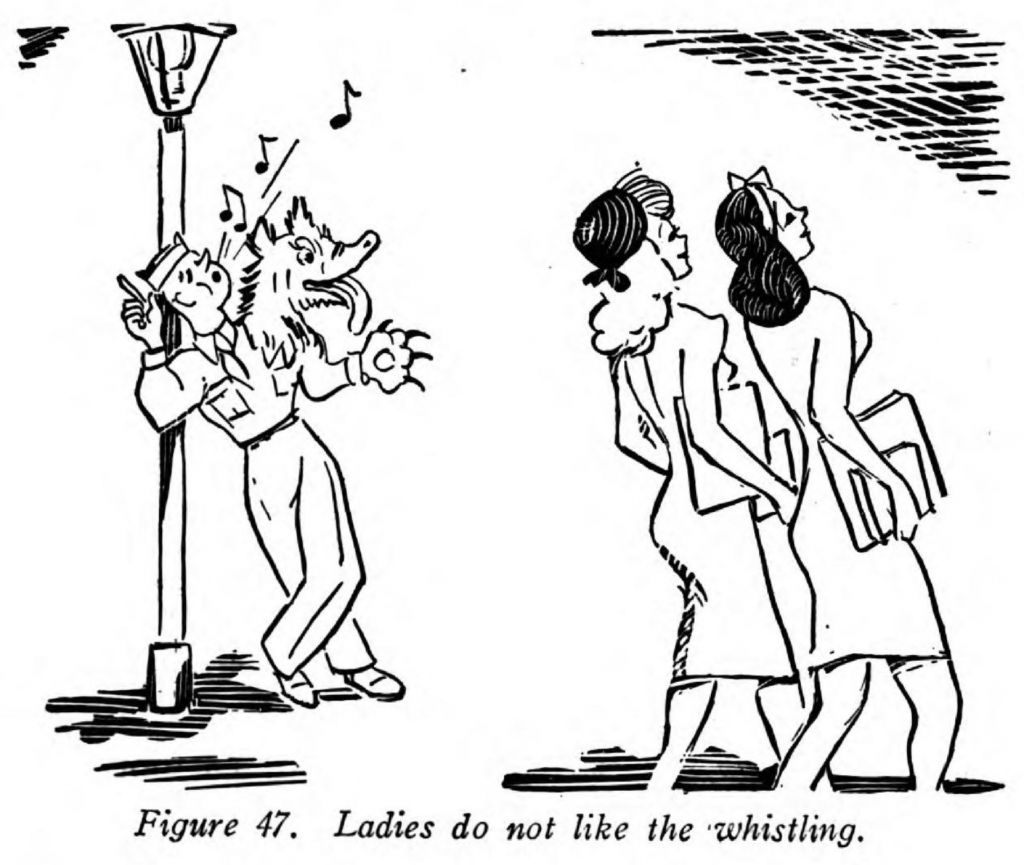 “Beware of the man who speaks disrespectfully of women… Ladies do not like the whistling and catcalls and the personal remarks that ‘drug-store cowboys’ hurl in their direction.”

The pamphlet is part of the Internet Archive’s Manual Library, a collection of nearly 75,000 scanned technical and instructional manuals—a treasure trove of archival materials.

Thanks to Jason Scott for his effort in collecting these manuals, and pointing me to this particular one on Twitter.