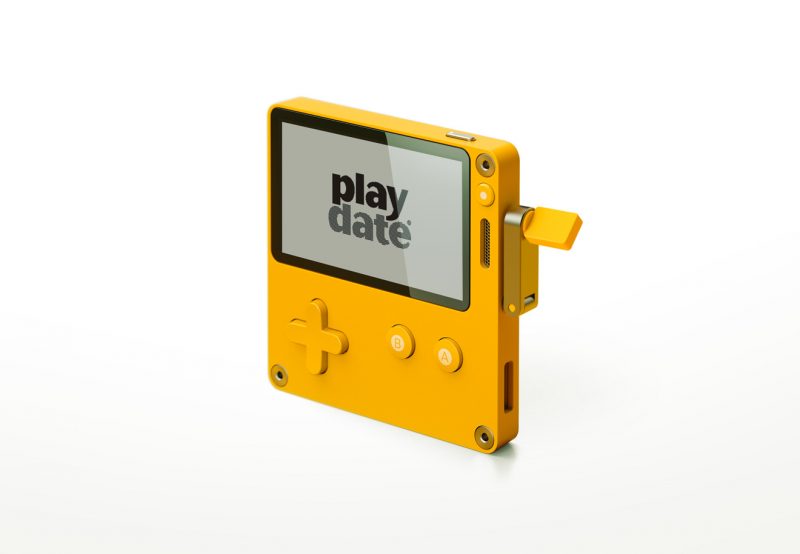 Today, Panic announced Playdate, their lovingly retro-modern handheld gaming system with a lineup of custom-made indie games from some of my favorite game designers in the world.

I’m fortunate enough to know the Panic folks, some of the kindest and most creative people I’ve ever met, and I’ve followed this project over the last few years—almost since its inception.

Designed and engineered in partnership with Teenage Engineering, Playdate features a unique crank in addition to standard directional arrow and button controls, which enables new kinds of experimental gameplay.

Best of all, the game lineup is a complete surprise and comes with the purchase of every Playdate: a dozen secret games released weekly in the first “season,” automatically downloaded to the device every Monday, from a team of all-star indie designers including Keita Takahashi, Bennett Foddy, Zach Gage, and Shaun Inman.

It’s very special, and I’m so excited to see it finally announced after years of secret development. I can’t wait to buy one.