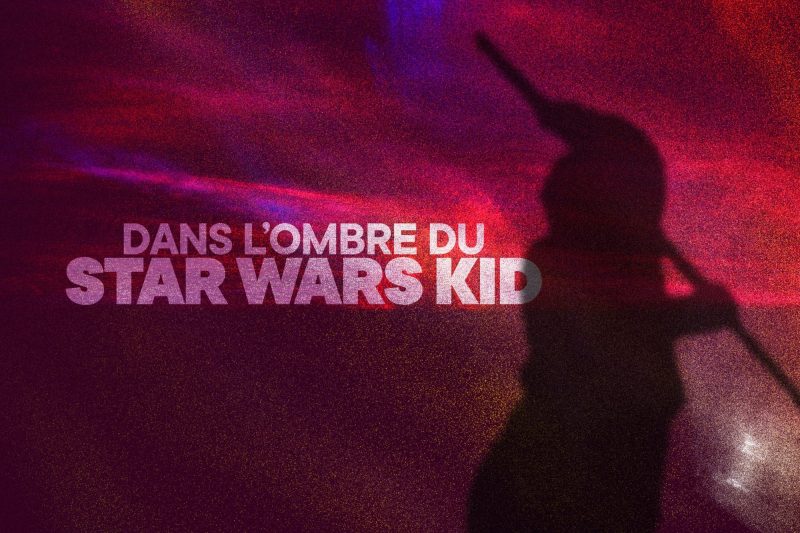 Last August, I entered a loft in downtown Portland, walked through a door, and met someone I’ve wanted to talk to for the last 20 years: Ghyslain Raza, the unwilling subject of the “Star Wars Kid” meme, the biggest viral video of the pre-YouTube era.

Since the video and its remixes exploded online in 2003, Ghyslain has refused all interview requests, except for the 10th anniversary of the video’s release in 2013 for an interview with a French-Canadian journalist for L’actualité magazine, which was translated into English for partner magazine Maclean’s.

But over the last couple years, he’s quietly worked with a group of documentary filmmakers to tell his story for the first time, in his own words. The full-length film was released today in French and English, as you’d expect from Quebec-based filmmakers. In English, it’s being released as Star Wars Kid: The Rise of the Digital Shadows, but I’m partial to the French title, Dans l’ombre du Star Wars Kid, which translates to “In the Shadow of the Star Wars Kid.” It feels much more fitting to the story they told.

It’s now available for streaming free from the National Film Board of Canada’s site, and I highly recommend watching it. I was lucky enough to get an advance screener and it’s a powerful film expertly told. Update: After a short window, the documentary can now only be viewed in Canada. No word on when it’ll be available elsewhere.

In February 2021, the documentary’s director, Mathieu Fournier, reached out to see if I’d speak to them about my role in the video’s initial spread and the fundraiser we held for him, my ultimately-futile attempt to shift the narrative to a positive light.

I’ve declined every interview request about this subject since 2003, but was surprised to hear that Ghyslain himself was deeply involved in the production, so I immediately agreed to participate.

The production team came to Portland for the filming, where I was interviewed for a couple hours by the filmmakers. Then, Ghyslain and I sat down for a long one-on-one conversation on camera about everything that happened 20 years ago, the impact it had on his life, and how he looks back on it now.

I’ve never talked about it publicly, but I regret ever posting it. From the start, it was obvious it was never meant to be seen, and mirroring it on my site without consent was wrong in a way that I couldn’t see when I was in my 20s, one year into blogging. I removed the videos once it was clear how it was affecting him, but I never should have posted them in the first place.

Meeting Ghyslain gave me the opportunity to tell him all of that in person, as well as in my interviews, some of which made it into the finished film.

As a side note, it was fascinating to get answers to questions I’ve wondered about for 20 years. Yes, Ghyslain actually received the iPod we sent him from the fundraiser, and used the gift cards we sent him to buy an iMac G4, both of which he kept to this day. He managed to avoid most of the remixes and media coverage, except for Arrested Development, which he watched live as it aired.

But more than anything, it was great to finally talk to him in person and see that he’s doing well. By all accounts, he handled everything that happened back then with a profound emotional maturity, despite how painful it was, and emerged on the other side with a uniquely interesting perspective that’s worth listening to.

After the documentary taping, we all met up for drinks on the roof deck at Revolution Hall, where we hold XOXO every year, and then went out for dinner and more drinks until late at night.

This time, Ghyslain and I were able to talk privately off camera, about our lives and families, about the Commodore 64 and typography, finding natural common ground. When he was younger, he was really into computers, but for obvious reasons, Ghyslain spent much of his life offline after 2003.

Like so many others, I saw my geeky teenage self when first watching the Star Wars Kid video, and sitting across from this 34-year-old man, I saw a parallel-world version of myself in my 30s. I first fell in love with the internet at age 15, the age Ghyslain was when he made the video.

That night, I couldn’t help but wonder how his life would have changed if it never happened. I was surprised to see that in the final film, there’s a moment where Ghyslain talks about our meeting, and wonders exactly the same thing. I hope you take the time to watch it.

Thanks to Ghyslain for his generosity and empathy, and thanks to the filmmakers for making this meeting possible: something I’ve quietly hoped would happen for 20 years.

Thanks for sharing this story, Andy…definitely looking forward to watching the documentary, and glad that you both had the opportunity to share some stories and maybe even some healing.

A marvelous story. So glad you guys were able to come full circle and meet in person.

I think we all really struggled to understand the social implications of the web as it struggled chaotically through its adolescence, and in many ways the world still haven’t reckoned with it all—seeing and learning from the long tail of these (at the time) unprecedented ‘viral’ flashpoints is such an important part of the conversation and understanding where we evolve from here. Looking forward to watching the whole film soon ❤️